Grab some end of year knockdown bargains while stocks last

Relax in our whisky bar while tasting from an array of over 50 tastings of whisky, gin, brandy and other spirits. 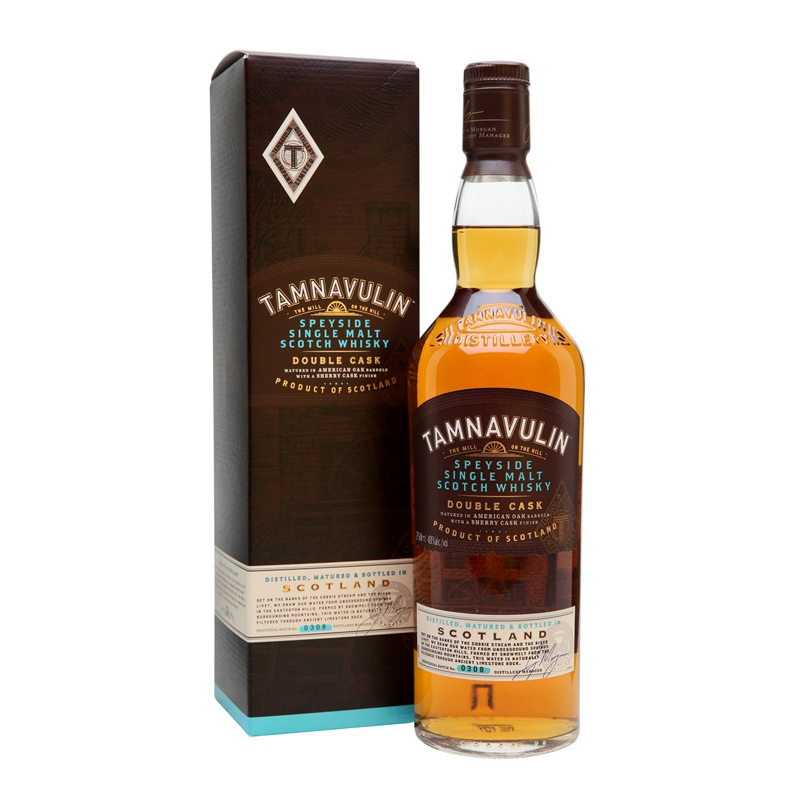 Tamnavulin Double Cask was released in 2016, to celebrate Tamnavulin distillery’s 50th anniversary. The distillery was built by Invergordon Distillers in 1966 during the great whisky boom, and sold to Whyte & Mackay in 1993. Its new owner mothballed the distillery two years later and it lay silent until 2007, when Whyte & Mackay itself was sold to Indian group United Spirits.
The price point makes it an excellent value single malt. It was matured in ex-bourbon casks, then finished in sherry casks, hence the name.
Nose: Sweet toffee, stewed fruits, with hints of chocolate.
Palate: Light to medium body, toffee, spice, malty with hints of orange zest.
Finish: Medium length finish with mocha and toffee.
Brand: Tamnavulin
Category: Whisky
Type: Single Malt
Region: Scotland – Speyside
Strength: 43% ABV

Create your own review
Wild about Whisky
Average rating:   0 reviews

There are no reviews yet.

Only logged in customers who have purchased this product may leave a review.

WE ARE OPEN FOR BUSINESS!! As of Tuesday 17 Aug we are open for business. Our bar will be open for tastings every day, and the shop is open Monday to Thursday. We look forward to seeing you! Dismiss